Drug and Alcohol Addiction, Substance Abuse, and Other Terms for the Use of Psychoactive Substances in the Workplace


What terms do you use to describe workplace substance when presenting to DOT supervisors in a reasonable suspicion training class? How about "alcoholism?" Maybe you use "drug addiction," "substance abuse," "addictive disease," "chemical dependency," or "alcohol and other drug users." Are you confused by these terms? 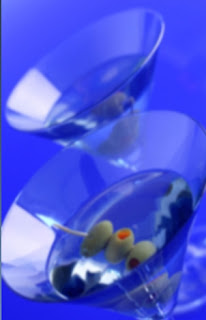 I probably use the term addictive disease quite a bit, but no matter what terms you use, be sure to talk about the nature of the illness called alcoholism. It’s far worse than any drug use addiction with regard to its economic impact and risk to life and limb.

Frankly, I don’t have a recommendation of what term you should use to describer the workplace drug or alcohol user who presents as a possible threat to the organization. But I do recommend two things...to teach in a DOT supervisor training course. These are recognition of addiction as a classic disease syndrome and helping learners understand tha the terms mentioned above are pretty much all the same thing.
Educate DOT supervisors to see all of these terms as interchangeable when referring to the use of psychoactive substances that are addictive and mood changing.
If they do not learn this upfront during your training, they will play a key role in enabling and confusing others with whom they interact. They will also have weaker documentation, generate diagnostic sounding documentation, and increase risk to the organization from each of these things being pretty worthless because they lack more concrete language that documents what can be seen and experienced.
Many alcoholics have used other drugs, legally prescribed or not, that are addictive. These other drugs also serve as  relapse triggers later if they ever seek treatment. And when employee relapse, typically they still look great at work even though they are at-risk for accidents and other horrible drug-related costs.
Side note: I like the terms addictive disease or chemical dependency because they help educate the general public to understand that any mood altering substance is off bounds for those recovering from addictive disease. Any mood altering substance is a relapse. Any employee in a DOT regulated position who goes to treatment for heroin addiction has relapse if they ever pick up a drink of alcohol.

Addiction is a disease process and it is primary.  Patients are therefore taught to manage their disease in order to prevent relapse in the same way diabetics are taught to manage their illness.
Use of alcohol or drugs begins with experimentation or peer pressure for almost any drinker.  Physiologic susceptibility determines from that point forward what the progression of the disease will be.  But other factors can influence severity and course of the disease.
When educating supervisors, discuss that the American Medical Association declared alcoholism a disease in 1957. Alcoholism was declared a disease in 1956 by the World Health Organization, however. This information dispels the myth that is an opinion whether alcoholism is a disease or not.
The good news is that research shows most people believe alcoholism (addiction) to be a disease, however, this belief does not contribute easily to self-diagnosis because of denial.

Most people attempt to define alcoholism by behaviors (how much one drinks, when, or what). This is a bit misguided. Evidence of the disease on the body’s functions is what make this argument a disease more convincing. Evidence of tolerance, evidence of alcohol's harm, evidence of withdrawal symptoms.

Some occupations are characterized by more frequent opportunity to use alcohol socially or without observation by managers. These positions expose employees to more opportunities to naturally tax their susceptibility. This, and not job stress or other mysterious causes, is what contributes to the high rates of alcoholism found among these population groups. Alcoholics gravitate to these jobs as well, naturally, because they accommodate the drinking pattern
Posted by Employee Newsletter Lessons: #1 Warning How to Create a Newsletter Painlessly at 3:29 PM