DOT Supervisors: Are Your Addicted Employees Gaslighting You? 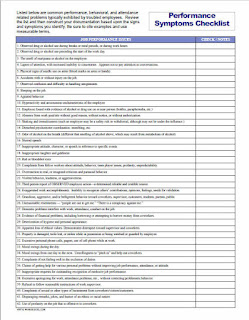 Have you heard the term "Gas-lighting?"

One of the most effective manipulations that addicts use is called gaslighting. Named after a popular film in the 1940s, gas-lighting refers to someone convincing you that your perceptions, thoughts and memories are incorrect. Abusive spouses do this to domestic abuse victims. And, it is a classic defense used by employees when supervisors do not document effectively, yet attempt to confront them about past job performance problems issues conduct or attendance issues.

Children are famous gas-lighting when confronted about behavioral problems by parents. Adults can be no different, so in DOT Supervisor Training, it makes sense to spend a few minutes on this commonly used defense. The idea is to impress supervisors with the need to use documentation in supervising employees. Any drug and alcohol training program you develop internally or purchase (like the one at WorkExcel.com) should have a solid checklist of quantifiable performance indicators.

Back to the 1940's movie where gas-lighting was made popular. In the movie, a woman is convinced that she is mentally ill by constant lies that her experience of the world around her is faulty.

How do you know your employees are gaslighting you? Here are the top three manipulations to detect:

You need an approach to this disturbing behavior. What do you do if an employee with drug or alcohol addiction is gaslighting you?


Good reasonable suspicion training and DOT supervisor training will address issues around gaslighting. Knowledge is power in this situation. This handout in particular is highly recommended, and it's reproducible.


If you are confused about whether your perceptions are accurate, run them by someone you trust, confidentially of course and without using names of employees you supervise. Your spouse, a longtime friend or a therapist can help you sort out what is true about yourself and your actions, and what isn’t. This is not rocket science. What it takes is objectivity.

Gaslighting makes you doubt yourself and may even be frightening. Take these concerns to the people you love and trust and allow them to help you become grounded in the truth again.

Have others present when you confront the addict who regularly attempts to gaslight you. When someone is attempting to gaslight, there’s safety in groups. Having someone from HR or another supervisor will help you identify inconsistencies in the worker’s story as well as a witness who can collaborate statements made earlier in the conversation.

Addicts who attempt to gaslight their supervisors have a good chance of talking their way out of a situation that calls for a referral to testing. With training and taking steps to combat this destructive behavior, you can make your organization a better place to work.

Get DOT supervisor training for reasonable suspicion of substance abuse.

#dot #dottraining
Posted by Employee Newsletter Lessons: #1 Warning How to Create a Newsletter Painlessly at 11:13 AM 1 comment:

You’ve finally got the goods on an employee who is coming to work drunk, and you appropriately confront him about his behavior. You may not know it, but you’ve just put yourself 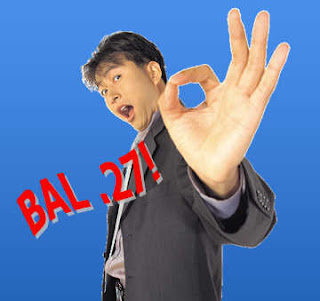 in the sights of a master manipulator.

Will you understand the disease of addiction properly or will you be hoodwinked by enabling?

Addicts are experts at pulling at your heartstrings, lack of self-confidence or your common sense. Through reasonable suspicion training, you’ll learn how to spot the following manipulative behaviors and techniques to stop them.

“     But I haven’t had a drink since last night.” Your employee smells like a distillery, but he tries to convince you that you can’t trust your own perceptions. Point out what you are seeing, hearing and smelling.

“    I thought we were friends.” Playing on your loyalty is a classic manipulation. Remind him that you’re his boss first. And even if you are his pal, true friends confront each other with bad behavior.

“It’s medicine.” Even If bourbon was prescribed by a doctor (which it won’t), no one is allowed by policy to come to work with alcohol in their system. Keep hammering home his coming to work “medicated” is the problem.

“You’ll ruin my career.” Addicts often take no responsibility for their actions by blaming others. They can’t perceive that their drinking may possibly ruin their career. His behavior has created your response.

“    What you’re smelling is mouthwash.” Heck, it may be. But your employee may have used enough of it to get drunk. Many cold medications and mouthwash contain copious amounts of alcohol, and they can and will get someone drunk. It doesn’t matter whether your employee has been drinking mouthwash or champagne. It all causes the same behavior when it’s not used responsibly.

“    Yes, I did drink, but I’m an alcoholic.” It may sound noble that your employee realizes he has a problem, but it’s important to remember it’s not an excuse for being intoxicated at work. The issues his condition cause in the workplace are the real problem.

“    Give me a pass this time. I’m going through something at home.” Again, the employee is blaming his wife leaving him, his father dying, his child not speaking to him, etc., for his drinking. Your giving him a pass isn’t going to the solve the problem: He’s drunk at work.

Through DOT supervisory training, you will earn how to be assertive, firm and respectful when confronting an employee about coming to work impaired. It’s important to learn these skills, as well as de-escalation techniques, to keep your workplace safe and productive for your other employees.
Posted by Employee Newsletter Lessons: #1 Warning How to Create a Newsletter Painlessly at 10:35 PM No comments:

Inhalant Abuse Among Employees: Should DOT Supervisor Training for Reasonable Suspicion Include This Substance?

For some, getting high is as close as a can of spray paint or a few ounces of gasoline. Inhalant abuse, often called “huffing, or “sniffing,”” generates a quick high from breathing a variety of easy-to-acquire chemicals. From nail polish remover to solvent glue, some people will seek out this cheap and easy method to change the way they feel -- get high. But will it happen in the workplace? Or will you see its effects in an employee who has brain damage from the practice of huffing volatile chemicals? And is it important to put in DOT Supervisor Training.

Inhalant abuse was once thought to be prevalent among teens and young adults, especially those who lived in poverty. After all, things to sniff like gasoline and paint solvent are virtually everywhere.

Solvent glue, also called airplane glue, was one of the most common inhalant substances, 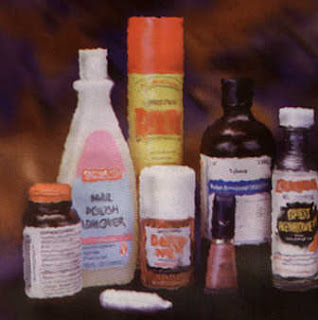 along with spray paint. Lawmakers made it difficult for anyone under legal age to buy these items, which many believed solved the problem. But inhalant use has never gone away completely.

In reasonable suspicion training or DOT supervisor training, you will rarely hear anything about inhalant abuse for one reason--it is not required by the U.S. DOT. Is this a reason for supervisors not to have the information?

It is not one of the key drug categories for which the DOT requires education and awareness. However, some programs will mention it, and in my opinion they should because it only takes a few seconds to educate supervisors, and frankly, you may see evidence of inhalant abuse in some companies. Here is a video below that shares in a few minutes what inhalant abuse symptoms possibly exist in the workplace

566 teenagers trying inhalant abuse in order to get high EVERY DAY! (http://www.consumered.org/learn/inhalant-abuse/statistics)

Learn how important it is to be aware of inhalant abuse in the workplace. When speaking of abuse, we mean "symptoms of use" and actual use on the job. The former could be physical neurological deficits the origin of which are inhalant abuse.

Industries that require employees to frequently use paints or solvents are usually on the lookout for the signs: paint on an employees’ face, plastic bags that contain paint or solvent, or a strong smell that is out of place for its location in the workplace, to name a few. In these workplaces employees may gradually get addicted to the items they use constantly to do their jobs.

Here's a shocker: For children under 12 the most commonly abused substance after Alcohol, marijuana, and tobacco are inhalants! 13% of teens have tried  huffing inhalants.

In other industries people most likely to abuse inhalants are those who are attempting to stay away from street drugs. The guy trying to stay clean for a drug test may get desperate and alleviate his cravings through inhaling diesel fumes or a chemical used by your organization. Your company could be liable for accidents related to inhalant abuse, especially if the employee gets the means from your facility.

Be on the lookout for behavioral changes. Inhalant abusers can appear drunk, euphoric, drowsy or seem to be experiencing hallucinations. It’s important to address this type of abuse early because the effects can be devastating. Misuse of flammable inhalants could put your entire workplace in danger of fire or explosion. There are also the risks associated with inhalant abuse that you see with drugs and alcohol, such as on-the-job accidents.

Anyone who abuses inhalants set themselves up for serious illness and even death. Only one instance of abuse can lower the user’s oxygen level to deadly levels or disrupt heart rhythm. Long-term abuse can lead to organ failure and brain injury. Many of the substances used are known to cause cancer with long-term exposure.

Don’t let inhalant abuse fly under your radar. Receiving adequate training and passing it on to line supervisors can help your organization stay vigilant against this disturbing menace. Keep your workplace safe and healthy for all of your employees.