Most supervisors in a reasonable suspicion training class would like to learn about drug and alcohol signs and symptoms and then hope to never use the material in any sort of incident. And who can blame therm. Confronting an intoxicated employee is not a pleasant experience, especially when they sit there arguing and getting belligerent. And employees can come up with incredible excuses to avoid confrontation, referral, or being fired for using drugs and alcohol on the job.

After such excuses and sending them home escorted, they can in some instances, return the next day to discuss their circumstances and have no memory of being in your office or a single thing you said in the confrontation.

That's right. They were in a blackout the entire time. I have had such employees in my 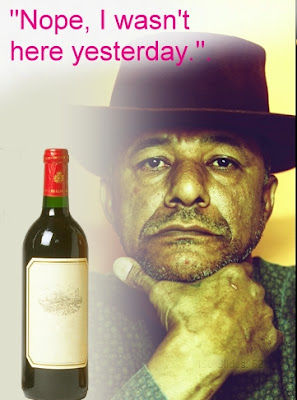 office. It's quite amazing.

Here are the most common excuses DOT supervisors hear, and ones that should be included in a reasonable suspicion training program. I will discuss on in particular.

These are classic manipulation strategies employees will use with the DOT supervisors, and it's important to know what they are. So we will cover them in a series for the ten posts or so -- you will find them all presented in the DOT Supervisor Training course PowerPoint, DVD, Online Video, and Web Course.

“I haven’t had a drink since last night!”
An employee with a high tolerance to alcohol could have their last drink late at night and still be under the influence well into the next morning. They don’t have to drink just before coming to work or first thing in the morning. Don’t let this statement convince you that a test is unnecessary.

Some DOT supervisors think that if the employee did not have a swig of liquor out in the parking lot, then any other drinking that occurred off site, like at a bar last night is not a confront-able offense of the drug-free workplace policy. If the employee looks like a million dollars, you may not assume he or she is drunk. However, they could be well over the limit.

As employees age and become sicker, their liver become damaged. They may or may not have a cirrhosis, but the liver's scarring prevents the breakdown of toxins. Alcohol is therefore slow to breakdown in the body, and the alcoholic will remain drunk on less booze.

You can imagine how many years skid row drunks have consumed alcohol. Some drank 2 fifths a day in their peak. In later years, four of these alcoholics could share a pint of booze. Why? The alcohol stays around longer in the system is answer. It is not necessary to drink as much because the liver does not function as well.

Employees with liver problems may drink until midnight and come to work stoned drunk 8 hours later. Also, be mindful that memory loss while drinking is a profound and frequent occurrence for late stage alcoholics. Many simply do not recall anything during this drinking period. Have a witness that will vouch for the employee in your office. And also be ready to confront them the next day if the blackout excuse is used.

Alcoholic employees in a blackout in your office know the next day when confronted that they were in a blackout primarily because they have had these experiences before. So, confront them about this reality, and say "you've had blackouts before now", so let's get on with the interview.


#blackouts, #drugabuse, #reasonablesuspiciontraining
Posted by Employee Newsletter Lessons: #1 Warning How to Create a Newsletter Painlessly at 9:56 AM