Tell DOT Supervisors Why They Are Getting Trained

Most DOT supervisors come to a drug and alcohol awareness course anticipating learning about the signs and symptoms of substance abuse so they can spot employees who may be under the influence. That's what the DOT wants. No surprise there, but when training starts, hold the brakes! Start here: It’s important for DOT supervisors to get the rest of the information they need about why they are getting trained. It is not just about signs and symptoms. 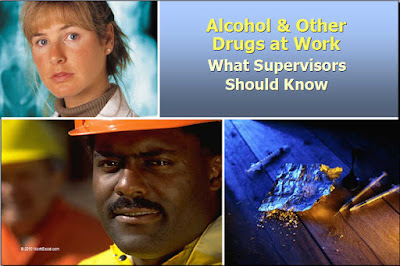 learning the signs and symptoms, psychomotor effects, and impact on productivity that drug and alcohol abuse causes.


Spend time sharing what these are, and only a few minutes, DOT supervisors will walk away with more motivation to pay attention to what is in front of them from day to day. This will make it less likely to slip into apathy, which is a habit of thought more desirable that vigilance.

Safety. Safety is the most important reason for conducting DOT Training. Without safety and security, we have nothing, so prevention of death or injury is paramount although there are other reasons. When discussing safety, offer employees some statistics or costs related to substance abuse. DOT supervisors know what safety is all about, but reducing the risk of injury to others on the job or in the field is especially critical.


Salvage Workers. Getting nabbed by way of a positive drug screen based on reasonable suspicion gives an addicted worker the opportunity to get addiction treatment. Productivity losses are prevented and an untold cost to society is avoided. If a worker is not an addict, then mandatory drug and alcohol education is provided that will help the worker no make a decision to use substances again. Of course, some drug and alcohol policies are curtail a decision to use substances at work. (Addicts are beyond the ability to consistently predict when and where they will drink, and therefore getting caught drinking at work is a different dynamic—part of the illness. This is not an excuse, but in fact, just the opposite where a drug and alcoholic use policy forces the addict into treatment.


Improved Productivity. Employees with drug and alcohol addictions experienced tremendous productivity drop-offs, but there is much more to this story than DOT supervisors realize. The reality is that employees with drug and alcohol addictions appear to perform better…yes, I said better…than the average employee in the early stages of the disease, during what is know has the adaptive stage. You can see this phenomenon illustrated by one of handouts supplied to you in the DOT Training Course or the Non-DOT Training course. We insert this valuable handout in both.


Why is it that employees are graded by supervisors as though they are performing better and above the occupational norm in the early stages of their illness? It’s because alcohol and drug abuse in the early stages operates as a stress management mechanism and a “social lubricant”, and these two things contribute to employees being perceived—not perform—but perceived as above average in capability and desirability among their immediate supervisors grading there performance. They “hail fellow well met” individuals in many instances, confident in their abilities, energized, and leadership-like in their pursuit of occupational success.

Of course, not all alcoholics behave as described above, but enough do that the phenomenon of “above average performance” is perceived by supervisor personnel. 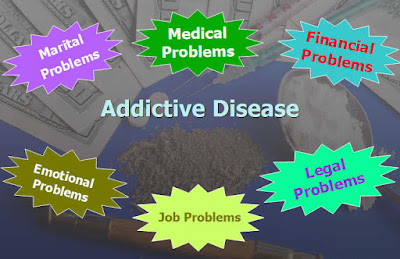 In the early middle states, employees under the supervision of a DOT supervisor begin to experience problems. These initially result from overdrinking and this behaviors affect on attendance. Later, the middle and later stages, many more productivity problems ensure. For example accidents and injuries are more frequent among addicts and alcoholics.


It the later stages, alcoholics may be completely dysfunctional, but many organizations retain them because of their past history of occupational success discussed above. Obviously, this is a very insidious process.


Reduced Financial Costs. Identifying and referring employees to testing and ultimately addiction treatment has the impact of reducing costs on the organization in terms of lost productivity and many associated costs.
Billions of dollars are lost each year to direct and indirect costs of alcoholism and drug addictions, and the amount of money saved is sometimes impossible to measure because these financial resources are called “dollars recovered from loss” – what is the amount of money saved from a fork lift not killing a fellow worker, who otherwise may have been killed accidentally by a drunk equipment operator? It’s not measureable, but we know the risk is there.

The dissolution of this risk is the associated cost benefit. This can be measured in comparative studies between companies, and that is indeed where the truth lies.

Health of the Worker. Improving health of workers is a no brainer. Obviously when intervention occurs and workers enter treatment, their health improves rather than continuing the deterioration caused by the abuse of substances and the lifestyles that often accompany these conditions. Simply put, if you deal cocaine, your risk of death by some incident or another is greater than the employee at home in the evening watching sitcoms.
In recovery, it has been observed by occupational alcoholism experts and employee assistance professionals, that employees bounce back and become better than well.

An employee who has always performed on par, once in treatment, typically performs above par. This is because of the “recovery effect” on all parts of an employee’s life, especially improvements in mental health. DOT Supervisor Training may not typically discuss this issue, but any experience supervisor has witnessed it over the span of their career.

Positive Impact DOT Supervisor Families. Alcoholism is a biogenic, hereditary illness. It’s a fact. Alcoholism is not a psychological problem, willpower issue, or character flaw. Alcoholics start drinking for the same reason as most people do. They then acquire tolerance to the drug, enter the adaptive stage of the illness, and unwittingly become affected by a chronic pattern of worsening symptoms.

Some alcoholics drink alcoholically from the first drink, and for others it takes years to reach the middle stages of the illness. And, still with others, you could not make some people an alcoholic even if forced them to drink everyday with gun pointed to their head. In other words, some are immune and resistant to the illness.

Employees have family members who could have alcoholism. (Which makes it a good idea to train and education employees with drug awareness education.) Education of supervisors means eventually that that these family members are positively affected by the education offer in DOT Supervisor Training

When DOT supervisor training results in the empowerment of managers to confront employees, family systems are positively affected indirectly. And what about your own drinking pattern? And what about the supervisor’s own family members? Yes, information has a relay affect, and some supervisors achieving clarity on what addiction is all about, may act in more assertive and effective ways to intervene with teenagers, a spouse, or a parent affected by acute chronic alcoholism or some other addiction.

You can learn more about DOT Training of Supervisors or Non-DOT training for alcohol and drug abuse for supervisors, and any of the multiple formats for delivering this education at these links.
Posted by Employee Newsletter Lessons: #1 Warning How to Create a Newsletter Painlessly at 6:49 AM